So I’ve been here two whole weeks now, and wanted to share some of the things I’ve learned or found funny in Texas after spending my life up till now in Michigan.

– ‘Frontage’ roads can allow you to drive next to the expressway without necessarily getting ON the expressway, sort of but not really. The concept is still foreign to me.

– Driving 75 at night (or anytime) on non-expressway back roads. Legally. (It’s just more scary at night.) 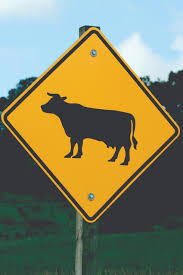 – An entire section of the grocery store produce is spicy peppers. (At least the avocadoes are cheaper here!)

– ‘Pootin’ is another word for ‘Tootin’. At first I imagined it somehow involved pooping your pants

– ‘Chunk’ means throw something away. I still have trouble not associating it with ‘blowing chunks’.

– STEAK. Have I died and gone to heaven STEAK.

– Okra. I’m still not sure I’ve officially tried it, because I’ve only tried it deep fried so far. And as far as I can tell, it just tastes like deep fried.

– My first drive-in movie! In January, no less! Couldn’t happen in Michigan.

– A car company offered free boots with the purchase of any car. I guess they aren’t talking about winter snow boots..

– It might be just me, but I think there are more trucks in Texas.

– And the trucks are all shiny. None of that salt-induced Michigan rust.

– the SUN. In two weeks, there has been one cloudy day. (Not to mention an hour more of daylight than MI right now.) I’m sure I’ll learn to avoid it in the summer.. but right now I feel like a moth attracted to a flame. Sun! Open the window shades! I’ll be outside! And sunsets- every day a beautiful sunset.

– Being called Ma’am. And a random old guy wanted to buy my coffee at a gas station.. Wasn’t sure if that was creepy or just a common gender nicety. (I refused.) And the local news reports ‘ladies first’ for the local high school sports scores.

They say everything is bigger in Texas… but I found one thing that isn’t (or should I say ain’t?)

We drove by a small man-made pond in a cattle field, with a sign by it saying ‘Fresh Water’.
Michigan’s still got Texas beat on the biggest fresh-water!